A Personal Experiment of Music and Mood

The Influence of Music on Mood

How much influence does music really have in our lives? I wondered that myself one day, as I provided background music for a group of people as they ate a formal dinner. A pianist, I found great delight in making the keys of the grand piano sing. I am an extrovert, however, and as the evening progressed and I continued to play, I began to feel a little lonely and bored at the piano. Then a thought struck me: I wondered if the music I played had an impact on people’s conversations. I began to experiment. The next song I selected and played was a very calm, relaxing classical piece. As I played, the room became quieter and people talked a little less. The next song I played was more fast-paced and a bit louder. People began to talk more again, faster, a little louder, and they started to laugh. Again, I played a calm piece, and conversation became calmer again.

That was an interesting little social experiment and helped the time to pass quicker as I provided piano music, but it does bring up an interesting question. Does music really affect the mood? A study was done in which grounded theory researchers explored the question of whether music could alter mood. A small group of young adult participants who tended toward depression was interviewed and asked to discuss their music habits in relation to their depression. Researchers were interested in learning whether the participants found it more helpful to listen to music that mirrored their melancholy feelings or that contrasted with their melancholy feelings. While there were differing opinions among the participants, some interesting findings emerged. If sad music seemed to help, it was likely because the participants identified with the lyrics–they felt the artists identified with them in their depression, and therefore felt less alone. [i] However, it became clear that even though the participants thought they felt better, objectively, on paper, the depressing music made no difference and even made things worse for the listeners. It became clear that part of the need was to raise self-awareness. [ii]

In the end, researchers commented, “These differing strategies [of music that mirrors negative mood or that differs from it] can have varying outcomes, with mood matching music generally leading to either maintenance of mood or feeling worse, and listening to music that is different to the initial undesirable mood generally resulting in mood repair or a temporary change to mood.” [i]

What about the idea that the sad lyrics gave a feeling of camaraderie to the depressed participants? That is understandable. It is very important to know that one is not alone when in grief, despair, or anger. Is there an alternative way to find camaraderie? Yes! God’s Word, particularly in the Psalms, is full of expressions of grief, sadness, depression, anxiety, and anger–and then resolution! Research shows that gradually shifting toward a more positive mood, even if the beginning of the song is depressing, is useful in recovery. [iii] Examples of Psalms that do this are Psalm 74, in which the first 11 verses are despairing and sad, but the last 12 have hope and entreaty. Psalm 83 and Psalm 130 are other examples where expressions of complaint, frustration, and fear are followed by acknowledgements of God’s goodness and ability to defend.

What about the effect of music on the body?

I sat at my computer and took my resting pulse rate: it was 63 beats per minute. I went on YouTube and found a wonderful performance of Rossini’s William Tell Overture Final by the Tokyo Philharmonic Orchestra (I highly recommend it, by the way, it is beautiful!). After listening to it, I measured my pulse again. It had increased a little to 68 beats per minute. Upon repeating the experiment, my pulse again increased by 5–this time from 60 beats per minute to 65. The next day, I repeated the experiment, and once again, my pulse increased by 5 beats per minute. I did the same experiment listening to a rock performance on YouTube. Interestingly, my pulse either went down or increased only a little, but less than with the classical piece. The classical number left me feeling happy, interested, and engaged; the rock music left me feeling agitated, annoyed, and stressed. With a faster heart rate comes more circulation through my frontal lobe! Now that has to be a good thing!

A study was done in which participants were assigned to listen to 15 minutes of grunge rock music and at another time 15 minutes of classical music. Other types of music on other occasions were also tested. They were then asked to rate their emotional states based on a one-page questionnaire. While grunge rock left people feeling more hostile, fatigued, sad, and tense, the classical music left them feeling happier, less tense, and more relaxed. New Age music, which was also studied, left participants feeling more relaxed but with less mental clarity. Other music was studied too. [iv]

Ok, so if classical music is good for my mood, how do I get started? I personally recommend starting with music by Handel. His style is often very uplifting. Baroque music in general is mood-enhancing. People frequently ask me if they can listen to instrumental or choral sacred music as an alternative to classical music. I respond, absolutely! Indeed, many hymns are set to classical tunes and are very enhancing. From personal experience, I know that I can often chase away a sad feeling by singing or playing a hymn or a Scripture verse set to music.

Try your own experiment! Next time you are feeling blue, sing a song or listen to some baroque music such as Handel’s Water Music–combine that with a walk in the sun and a list of 10 things you are grateful for, and see if life doesn’t become just a little sweeter!

Learn more about the effects of music on your mind and body in The Lost Art of Thinking, by Neil Nedley, MD.

Michelle Boykin is a sign language interpreter. Whenever she gets an opportunity to engage in her other passion, she is a harpist, pianist, and coach. She works for Nedley Health in the residential Nedley Depression and Anxiety Recovery Programs and also works as the coordinator for the Extended Care Plan. She lives in Tennessee and enjoys being an auntie to two adorable little boys. 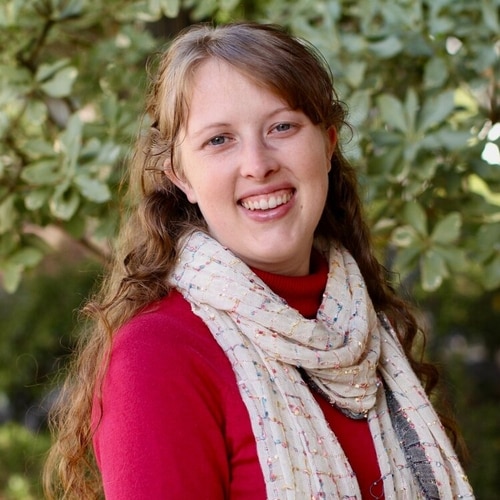 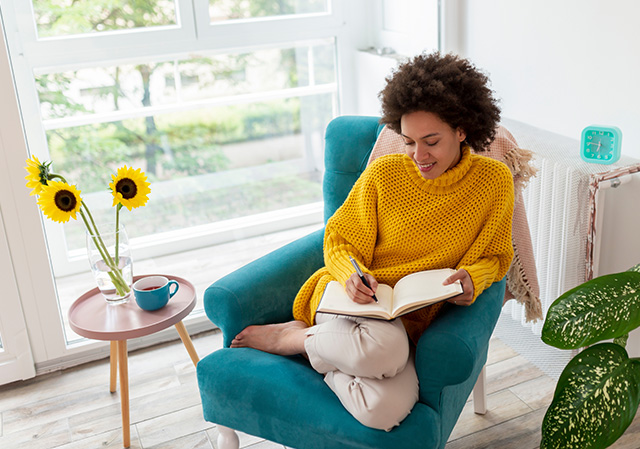 Following a practical daily routine not only combats stress and anxiety, but also helps you live life to the fullest. 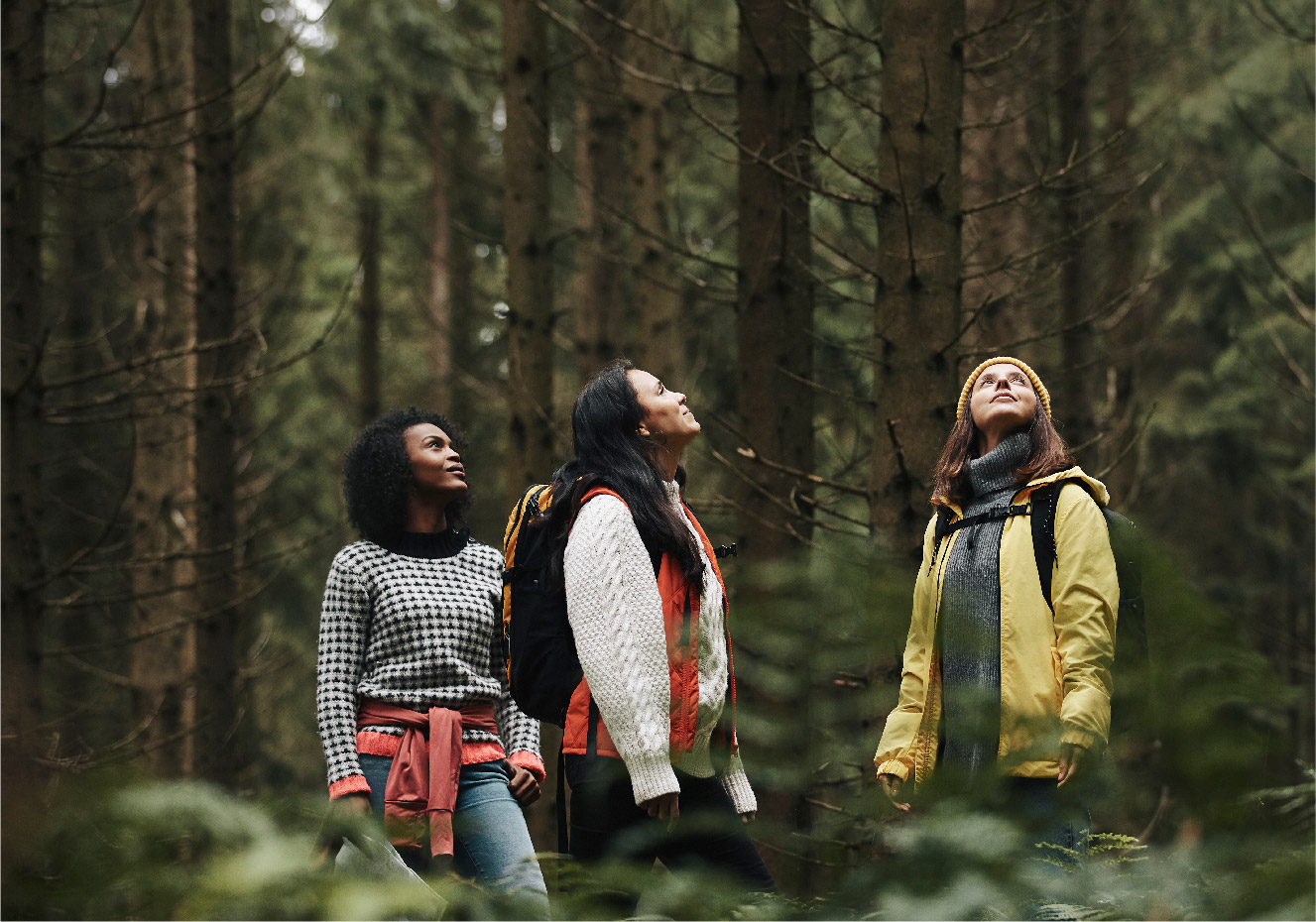 Here’s How Forest Bathing Can Revive Your Mind

Experience the soothing balm of nature as an evidence-based therapy for improving mental health.