How Natural Solutions for Neurotransmitter Imbalance Can Help

Ashley, a nurse in her early thirties, was sinking deeper into the depths of depression. As the weeks passed, her family and work supervisors noticed a worsening of her ability to control her emotions. She had experienced postpartum depression that eventually improved, but recently her depression had worsened. She was becoming angry with coworkers and she felt overwhelmed with the responsibilities of being a wife and mother. She lacked focus and concentration, especially in studying for an upcoming nursing certification. At times Ashley wished she would just die in her sleep and thought her family would likely be better off without her. She was put on Adderall, which seemed to help her focus and concentration. Cymbalta was chosen to help with her mood and to cause somewhat of an “I don’t care” attitude so she would not get so angry. Despite these medications, Ashley began developing sensitivities to certain foods. Insomnia and early morning awakening were followed by feeling exhausted and tired during the day. Although the medications helped a few symptoms, her impulsivity was worsening, causing more problems at work and home. There were times Ashley felt she was on the verge of “losing it altogether,” so she began to look for a more comprehensive psychiatric approach, which brought her to the residential Nedley Depression and Anxiety Recovery Program™.

Low dopamine activity results in lack of pleasure in simple healthy activities and low motivation. Some individuals with low dopamine receptors search for ways to get dopamine activity quickly through unhealthy ways such as eating chocolate, viewing pornography, smoking tobacco, searching for an “affair,” or drinking alcohol. Wellbutrin, also known as bupropion, works by plugging both dopamine and norepinephrine reuptake channels, which allows both molecules more time to produce synaptic activity.  This drug may improve both energy and motivation. Some studies have shown that bupropion can even help people overcome nicotine addiction [i] and improve libido [ii] and sexual activity with one’s spouse rather than going after an “affair” or virtual affair (pornography). [iii] In fact, since the most commonly prescribed antidepressants, called SSRIs (which include Prozac, Zoloft, Celexa, Lexapro, and Paxil), tend to decrease libido and cause sexual dysfunction, physicians often prescribed bupropion to help counteract the sexual side effects of SSRIs. [iv]

Of course, all of these drugs can result in unwanted side effects. The SNRIs can raise heart rate and blood pressure, make one feel “wired,” or cause nausea, dry mouth, headache, constipation, or excessive sweating. Excessive norepinephrine activity can result in symptoms of ADHD, being easily distracted, and cause anxiety, insomnia, and restlessness. Bupropion can cause seizures in those who are susceptible, as well as agitation, nausea, dizziness, or ringing in the ears. However, many complain of it making them feel “on edge.”

“Both dopamine and norepinephrine are made from the amino acid L-tyrosine.”

Instead of plugging the brain’s “vacuum cleaners” (that are needed to help the brain be more efficient, which is the goal of the medications listed above), why not work on actually improving the brain’s ability to produce norepinephrine and dopamine or increase the receptors for these neurotransmitters? This can actually be done through nutrition and nutrient biochemistry. Both dopamine and norepinephrine are made from the amino acid L-tyrosine. However, L-tyrosine does not easily cross the blood brain barrier. It must have an insulin-mediated mechanism plus the proper carrier to get it into the brain from the bloodstream. That is why L-tyrosine foods higher in natural carbohydrates work best to get into the brain. Foods such as mustard greens, watermelon, pumpkin seeds, chia seeds, flaxseed, almonds, and oats can really help your brain get the needed L-tyrosine to produce more of these two important neurotransmitters. Thyroid hormones are also made from L-tyrosine. Some people that have all the symptoms of low dopamine and low norepinephrine activity combined with low thyroid (hypothyroidism) can respond to L-tyrosine supplements at 1,000 mg to 2,000 mg a day (early enough in the day to not cause too much energy at bedtime). All three problems can be solved with  this simple over-the-counter supplement.

However, a common problem that the drug companies have not been able to even slightly address to date is an actual imbalance of the two neurotransmitters, norepinephrine and dopamine. Some people have too much norepinephrine and not enough dopamine activity. Too much norepinephrine activity causes distractibility, anxiety, and possibly insomnia in both men and women. Too little dopamine takes the simple pleasures of life away in both genders. This particular imbalance is commonly associated with premenstrual syndrome, postpartum depression, with skin and possibly even food sensitivities in females. Males tend to have poor stress control, problems with anger management, and even problems resulting from being too impulsive. There is no drug that addresses this issue since the one that improves dopamine activity also improves norepinephrine activity. This neurotransmitter imbalance is a problem that is most often brought about by a combination of genetics and nutrition. Genetics loads the gun, but nutrition and lifestyle pull the trigger that results in some or many of the above symptoms.

The body first turns the amino acid L-tyrosine into dopamine, but it requires the trace mineral copper to produce norepinephrine from the dopamine. If there is too much free copper, a neurotransmitter imbalance will easily occur as the body creates norepinephrine in excess, which leaves too little dopamine. This most commonly occurs when an individual has the genetic setup of not being able to produce enough of the protein that carries copper. [v]

Individuals with this genetic predisposition have certain laboratory markers. Ceruloplasmin levels are often less than 27.5 mg/dl.  If the total serum copper levels (in micrograms/dl) are more than four times the ceruloplasmin levels (in mg/dl), you can be assured that excess free copper exists and this imbalance is in operation. Note: If you are getting your blood drawn for these tests, make sure it is drawn in specialized metal free tubing, not the usual serum tubes in most labs.

What can be done for those who have this imbalance? This is where zinc comes in and is one of the reasons why zinc has been shown to help many with mental health issues. Zinc will help get rid of the excess free copper.  But to help appropriate copper binding, vitamin B-6, pyridoxal-5-phosphate (P5P), and biotin combine together to bring the excess copper under control with zinc.

In the past I gave patients with these symptoms four different bottles of supplements to correct these genetic/lifestyle issues. I searched for reputable nutraceutical manufacturers that had all of these proper ingredients in the right proportions, but alas, there were none. Thus, for one primary problem, four different bottles with differing amounts was somewhat inconvenient and too expensive for many of my patients. That’s why I decided to make a simpler, less expensive option with the proper proportions of each supplement and named it, “Brain by Nedley Health.” Fortunately, all four of these mineral/vitamins are quite easily taken with most people experiencing no adverse effects whatsoever (although zinc can cause nausea if taken on an empty stomach). I recommend that if you have some of the brain imbalance symptoms and you desire to give this simple remedy a try, that you slowly increase the supplement every week until the desired effect is achieved. Take one “Brain by Nedley Health” daily for the first week, two daily for the next week, and three daily the third week.

Amazingly PMS and food sensitivities can go away completely.  Anxiety, impulsivity, or insomnia can be more easily managed.  If you find that you have to take more than four or five capsules daily for the desired effect, I recommend you see a doctor familiar with epigenetics to get your labs drawn to see what precise amount would be best for you. William Walsh, the nutritional brain biochemist has compiled a reference of all physicians who have completed his brain chemistry epigenetic training here. [vi] Better yet, consider enrolling in the Residential Depression and Anxiety Recovery Program where no stone is left unturned with an extensive laboratory workup, a thorough exploration of your emotional issues in finding each reason for your particular symptoms, and where you can obtain lasting relief by treating the precise underlying causes.

Fortunately, the same supplements in “Brain by Nedley Health” also help with another genetic problem called pyrrole disorder. Pyrrole disorder is characterized by irrational fears (such as fear of flying), poor short term memory, poor stress control, not being hungry in the morning, some skin issues such as more easily developing stretch marks, a tendency for central, abdominal obesity if obesity is occurs, and additional sensitivities to one or more of bright lights, sounds, or clothing textures (such as tags on clothing that “need” to be removed). Pyrrole disorder is diagnosed by a specialized urine test that is done via some non-commercial research labs.  Pyrrole disorder can start to improve within one week of starting “Brain by Nedley Health” and can often completely resolve within four weeks when combined with higher antioxidant foods.

What happened to Ashley? With the nutrients of “Brain by Nedley Health,” an antioxidant diet, and CBT counseling, the new Ashley emerged.  Her mental focus is incredible, her mood happy and energetic and her boss, coworkers, husband, and daughter are thrilled.  She was able to wean off all of her medications within three months of the program. Not only has she not relapsed, but she also feels even better off the medications than she did on them. She passed her difficult critical care certification and is now studying for a certification that may help her save even more lives – a lifestyle medicine certification.

Why not treat the real underlying brain chemical issues naturally, if possible? By addressing the underlying issues as naturally as you can, you can experience less short- and long-term side effects and higher improvement and remission rates. Even if you are taking antidepressants, by finding the real brain chemical causes, you could experience far better relief by using natural therapies combined with a pharmaceutical approach. And it might just be the pathway that can eventually provide hope for an alternative, superior approach.

Please contact us first before publishing this or other Let’s Talk Mental Health articles.

[i] Wilkes, S. (2008). The use of bupropion SR in cigarette smoking cessation. International Journal of Chronic Obstructive Pulmonary Disease, Volume 3, 45–53.

Neil Nedley, MD, is a practicing physician in internal medicine. He is the founder and medical director of the Nedley Depression and Anxiety Recovery Programs™. Dr. Nedley has presented and published numerous scientific studies in the medical literature and is well known internationally as a public speaker and teacher. He is author of Proof Positive, Depression—the Way Out, The Lost Art of Thinking, and Optimize Your Brain. Dr. Nedley and his wife Erica have four sons. 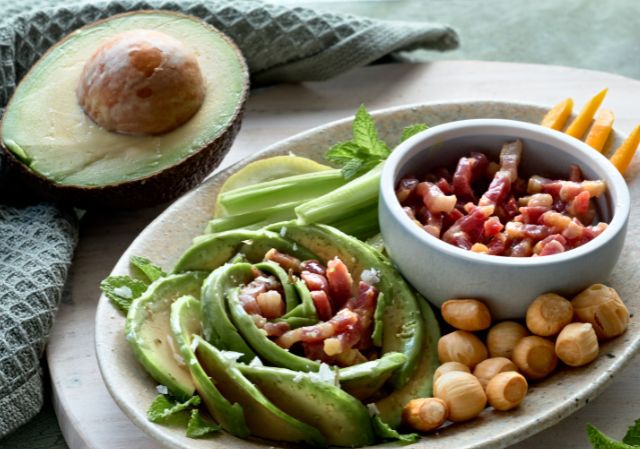 The Ketogenic Diet: Your Body's Friend or Foe? 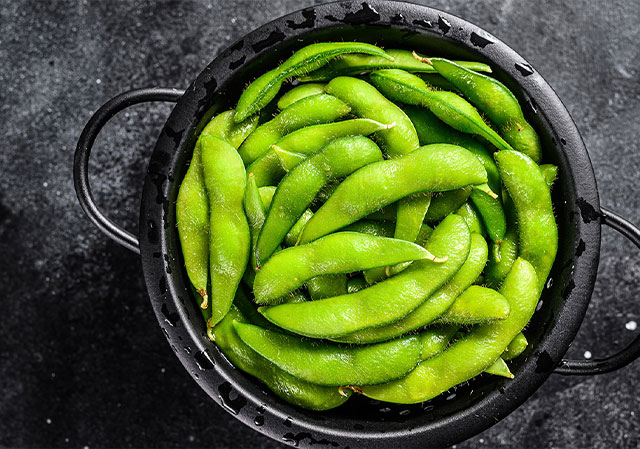 Omega-3 Can Greatly Improve Your Life

Omega-3 is a fatty acid found in water plants that offers a wide range of health benefits.